VasireddyVenkatadri Institute of Technology takes lead in any kind of technical events that help in enhancing the skills of the students. With this inspiration, VVIT GUNTUR ACM student chapter has conducted a computing curriculum to local schools and is proud to support “Hour of code” which is a part of ACM.

“Hour of code” is a global movement conducted during every computer science education week, reaching tens millions of students in 180+ countries through a one hour introduction of computer science and computer programming. Worldwide ACM student chapters are gearing up to organize in the week-long event from December 4 to 10, 2017

Kicking off the event, the VVIT ACM student officers conducted their event in the “VIGNAN HIGH SCHOOL” which is located in the city of Guntur. The VVIT ACM student members reached the school by 13: 30 and made the required arrangements to conduct the event. The students of Vignan High School gathered for the event by 14:30 and the members of the student chapter took their charge in explaining the tools. 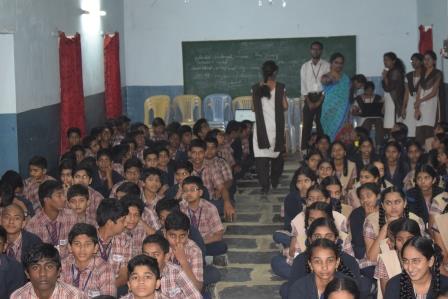 Gathered for the event of "HOUR OF CODE" at Seminar Hall, Vignan High School.

Chapter officers and their roles 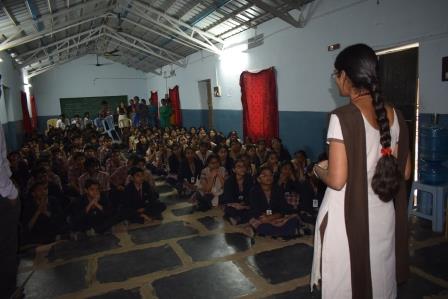 G.Vasavi of chapter member, interacted about the  basics of HTML with students.

The officers of VVIT Guntur ACM student chapter thanked the principal for their support  and got the feedback about the “Hour of Code” conducted in their school.