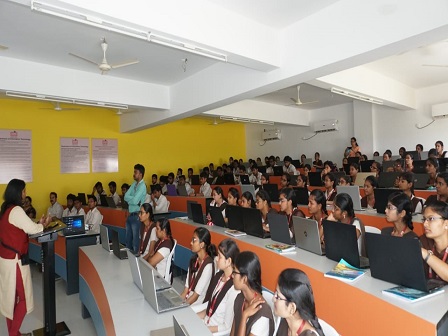 The session started at 10:30 am with arrival of the guest Dr.Kayal Padmanandam.   The students were very enthusiastic to learn new things about Data Science using one of the easy tools R. Total of 120 students from both CSE & IT departments showed great interest to attend the session.

The students were asked to install the latest version of the R studio and download some data sets before the session started so that they could parallely execute the commands on their own systems and follow the lecture to get hands on experience.

It was an interactive session where students showed enthusiasm to reciprocate, answer and share their views on the various topics that were covered. Initially, the students were brushed up their previous knowledge on R programming which included importing various packages, manipulating the data by using built in functions of R etc. 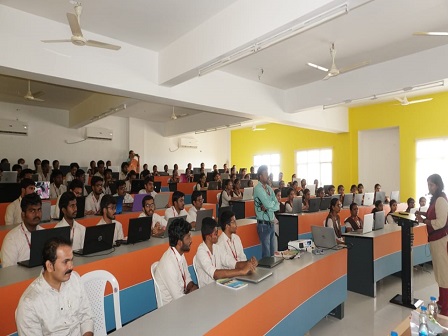 After practicing the basic data manipulation techniques in R, the session headed on to the data visualisation techniques in R. The students were given an overview about converting the imported and manipulated data into appropriate graphs for better understanding of the data.

To the end of the session, students were given a real world problem to solve using data science techniques in R. The real time data was analysed, manipulated and visualised using R plot.

Dr.Kayal made it very comfortable for the students to interact and clarify their doubts. She acknowledged and personally monitored the progress of the students all through the session along with the help of ACM volunteers. Finally, there was a Question and Answer time where students could raise their questions, doubts or share their take aways from the session.

The guest was felicitated by CSE HOD Dr.Eshwaraiah and IT HOD Dr.A.kalavathi by giving away the token of gratitude. 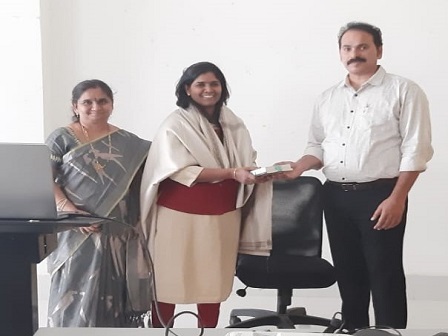